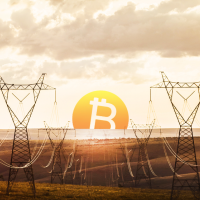 Tony Alexander, BNZ’s chief economist, has kindly given us permission to share his thoughts about the cryptocurrency Bitcoin written earlier this year. Here’s what he had to say:

Through last year and so far at almost every presentation I have given this year people have asked about Bitcoin. Interest appears to have been sparked initially by pure curiosity and stories of the displacement of normal currency and banks somehow having it stuck to them. Then interest became motivated by the soaring price for this vague asset, and more latterly by the partial collapse in that price and overall volatility.

In simple terms Bitcoin is something you need if you are looking to buy military arms on the black market, drugs, or pay a ransom. Apart from that it has no use and there is nothing you need it for which you cannot also pay for with proper money.

It, along with all other cryptocurrencies, is not in fact money. The huge volatility in price means it is not a store of value (price volatility well exceeding that of gold thus eliminating it as a “safe” asset in times of global stress.) And it is not much accepted as a medium of exchange.

Bitcoin is a highly volatile expensively mined commodity which seems very vulnerable to theft from seemingly safe storehouses, and is one of many such electronic commodities. All are going through a Darwinian process of survival of the fittest in an environment which has yet to take form. What that means is that unlike birds evolving over millennia on a set of islands, the cryptocurrencies are evolving on land which is itself undergoing major tectonic change.

Specifically, government and central bank imposed rules regarding operations of currency exchanges, bank rules regarding accepting these currencies or hosting accounts, and overall central bank supervision. This latter one is the point keen enthusiasts for Bitcoin etc. don’t understand.

The key lesson of the GFC was that central banks were lax in their understanding of credit flows, risk assessments, volatility tolerances, where funds were actually flowing, and links between the financial sector and real economic activity.

Currently central banks have almost zero insight into these things as they relate to Bitcoin. But they can see growing interest in the asset and over time will impose rules and reporting requirements which will effectively vanillarise all cryptocurrencies.

And there is no guarantee that any of the current over one thousand such assets will be alive a few years from now. In fact, at this stage banks, central banks, and stable governments have yet to get in on the act of creating their own cryptocurrencies. If and when they do, the chances seem good that the synthetic currency with which we are left will end up being something created by a grouping of central banks or perhaps the likes of the IMF.

But before we get to that point there is a hugely important aspect of Bitcoin and the block chain technology upon which it sits which is only now just starting to be realised – huge energy demand.

Estimates have been made recently that there will soon be more electricity consumed mining Bitcoins in Iceland than is used by households, and that globally more electricity is used than is consumed annually by Portugal. How does this come about?

The block chain works by removing a centralised register for transfers of an asset or information and instead the information is spread across thousands of computers. Changes to any entry must be verified as accurate across a particular proportion of such “registries” before being accepted as kosher.

People love that this means defrauding the system is for all intents and purposes impossible as one would have to alter data representing something like an asset’s ownership across thousands of databases rather than just one. This technology could help wipe out the estimated US75bn trade in counterfeit pharmaceuticals for instance.

But energy use is a key problem with the block chain. Instead of having one central database we have thousands doing exactly the same thing.

This is like instead of flicking a switch causing just one light to go on in your hallway as you wobble toward the bathroom in the middle of the night, all the lights in your suburb turn on.

The block chain is extremely energy inefficient and in a world where concerns are growing about energy demand, availability, cost, and impact on the environment, it seems destructive.

So, much as many companies are looking at using the block chain technology, when you meet them ask them what impact they think their action is having on the price of electricity which must be paid by all other businesses and households, and carbon emissions associated with their embrace of this energy intensive technology.

And ask them as they contemplate savings they will make from dumping their big computer system, are they willing to pay the total economic and environmental costs for each transaction now to be processed on the new block chain distributed ledger? Probably not.

We call such things uncosted negative externalities. Like dairy farm runoff into streams, or storm-forced sewage dispersion on Auckland beaches.

Our team have a diverse range of skills and experience which we utilise to ensure that you are always fully supported to make informed decisions and enable your business to head along a path of success.

We aim to develop close relationships so we understand each client's business and the direction they want to head. Our support is tailored to the specific requirements of the client to ensure goals are reached.